The Stang of the Fez Medina Part 1 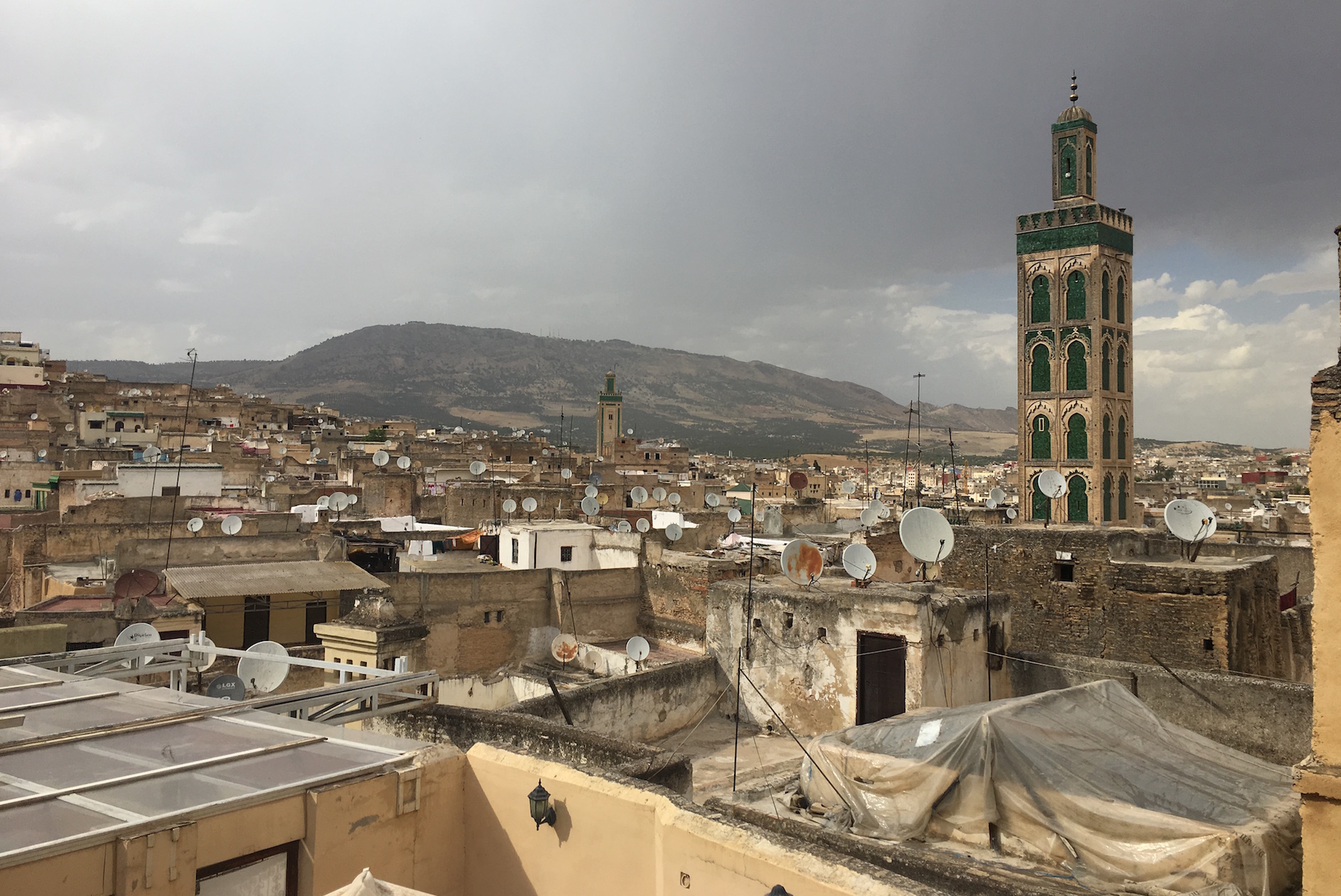 Something was just so activating as I spent time in the hot, dusty alley ways of the Fez medina in Morocco. It was June, and the smell of the market alone was enough to emblazon a sort of tattoo on my olfactory system: the stang of it – a tangy smell that at once blends the aroma of north African cuisine and near eastern spices with rancid meat, dust kicked up by donkeys hauling trash through the narrow streets and open sewers.

Smells aside, just walking near the entrance to the medieval market was one of those adventures that is equal parts trauma and invigoration. Upon entry, 8-10 men in their early to mid twenties all waved menus at me, each competing against the other as they worked at selling the superiority of the restaurant they represented with great fervor. Ignoring them was impossible, but as a noob on those city streets giving them no attention felt like a crime. “Shokran, but no, I am not hungry”, I tried to tell them as I walked past. “Next time then friend, I remember you”, one said.

A few hundred feet further in to the market a man sold glistening pastries from a small kiosk as the crowds passed. There was nothing special about his kiosk, it was much like the other kiosks I had past in the narrow curving streets. A group of languid felines lay outside on cardboard strips. At first I thought they were kittens, but then I remembered the half dozen other groups of smallish cats lazing around the market I had seen that day and wondered if they weren’t just small cats, each group more oblivious to the throngs of passersby than the last. I was already working to convince myself that this was normal, and then, in the very next kiosk a man holding a small blade coolly cut the throat of a chicken and stuffed it head first into a bucket as the blood drained from its narrow neck, feet limply waving and pushing towards the dimly lit ceiling. I made brief eye contact with the man as he waited for the drain to complete. He did a double take, narrowing his gaze and raising his cheeks ever so slightly as our eyes met for the second time: I couldn’t tell if he felt bad, was trying to encourage me to look away, or thought he recognized me. Such a confluence of experiences, not 400 feet into the largest pedestrian only market in the world was definitely unlike any other I have had in my life.

If you have never been to the medina (the word medina is used in a number of different ways by people in arabic speaking countries, generally referencing the old walled “city” in north African municipalities, or the historically “Arab quarter” in a north African city) in Fez, it might sound a bit rough around the edges, but it was also beautiful, inundating the mind and heart as well as the senses, and ultimately humbling for me. The hospitality and support we received as foreigners and strangers in a land that was just as shocking as it was new to us left a mark, as much or more than any physical sensory experience could.

Our Riad (guest house/small hotel) was managed by people with incredible kindness and generosity. I have stayed in a variety of accommodations in my life: from 5 star hotels to dorm styled hostels. (When I was younger I even fell asleep on a lay over through northern Europe in a park because I didn’t want to check in to a hotel for a few hours. I’ll never forget being awakened that night by a group of Danish youth singing Justin Bieber songs at the top of their lungs.) 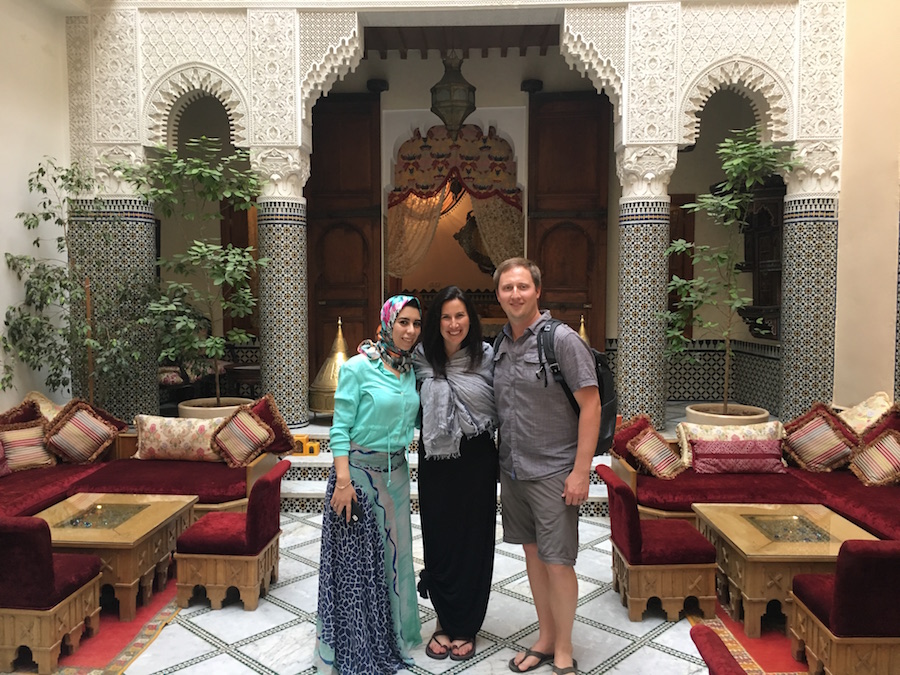 (Pictured above, one of our excellent hosts at the Riad Boutique)

I can say with confidence that it is one thing to be offered a service you paid for, and a completely different thing to be shown hospitality. Generally, service costs those being served something, but hospitality costs those doing the serving something, or at least requires them to risk something dear. The staff at the Riad-Boutique Borj Dhab Fez knew hospitality, and practiced it well. They helped us with our questions, went to great lengths to aid my wife in printing documents and translating material important for her dissertation research (the completion of her graduate research was the purpose of our visit) and responded to our inquiries over whatsapp regarding our early morning (3:30 am) transport concerns at all hours. They looked out for our safety by booking taxi trips for us and when I tried to tip a staff member when he aided us with our bags, he refused the money and said “no, you are my friend now”. And all of this (on our first visit) during Ramadan, the month where most devoted muslims fast during the day from just about everything people normally consume: food, water, coffee, cigarettes, etc.

And then we got lost. (Read on in part II, to be posted later this week)