The Stang of the Fez Medina Part 2: And Then We Got Lost 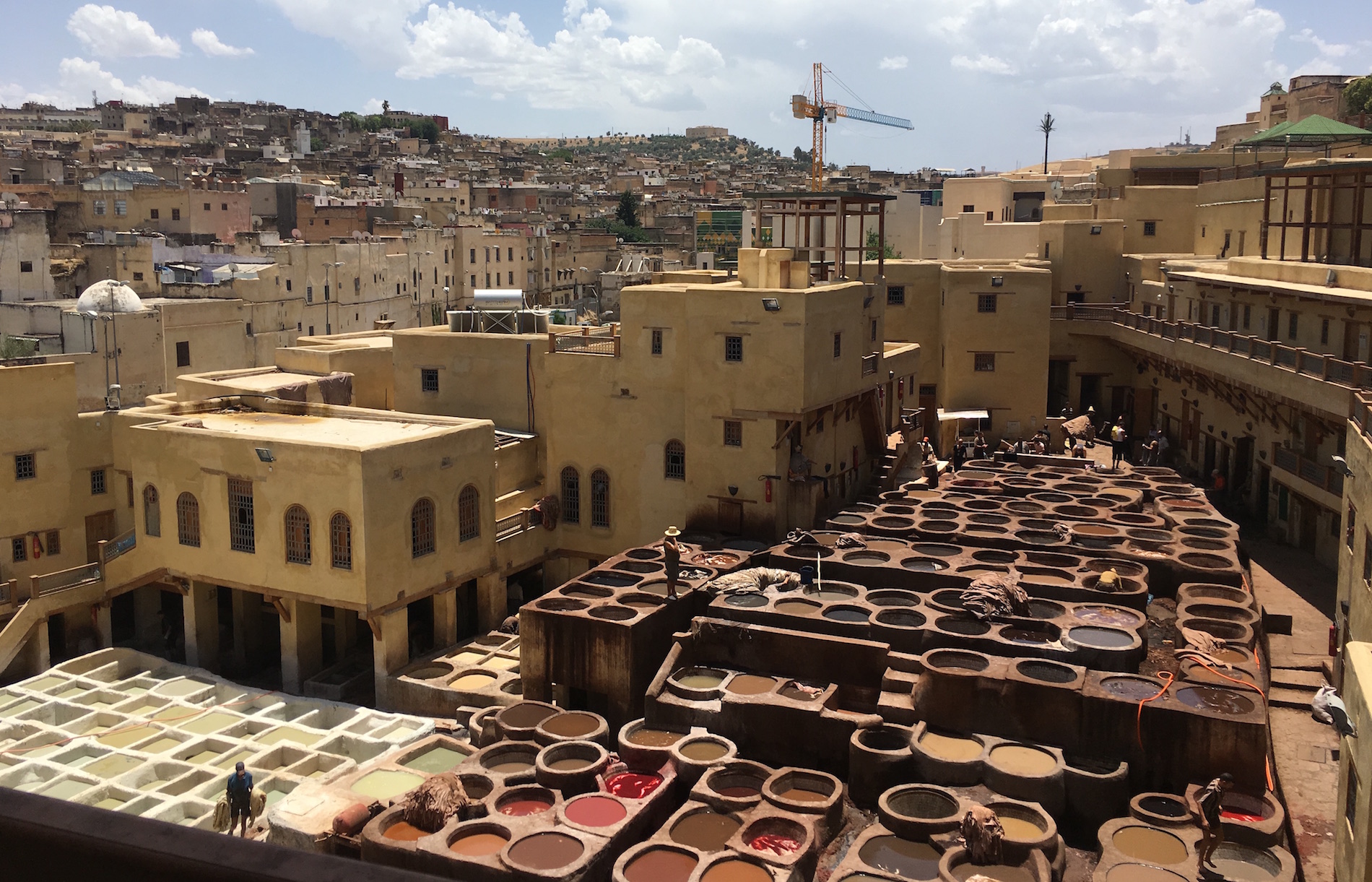 And then we got lost. (Read part 1 here)

We had ventured out for lunch to a restaurant called “Ruined Garden” in the Fez medina. While Google maps showed it to be a 25 minute walk from our Riad, the staff recommended we spend 2 dollars on a taxi that would get us within 5 minutes of the restaurant, the reason being we would get lost if we attempted to walk. As vehicles are not allowed or cannot pass through (due to size constraints and laws) most portions of the medina in Fez, this seemed like reasonable direction to us. We had read most people entering the medina require a guide to get through it (this information is correct), and ESPECIALLY to get out of it. There’s an entire tour guide industry in the market, and they have official licenses for guides (apparently it can be against the law to act as a guide without a license we learned). When most westerners think of a market, they think of a store or maybe a group of open stalls along the street. The Fez medina is a MASSIVE collection of winding, zigzagging streets within the historical wall of the old city. There is no grid, and some streets are so narrow that you have to turn sideways to pass between the walls. It is a common occurrence to see men negotiating the alley clearances with temperamental donkeys, and you generally need to keep a good eye out for where you step.

We were able to find the Ruined Garden restaurant fairly easily, as it is a popular destination for tourists and had signs guiding us from the entrance of the medina. It was literally a large patio, in the midst of some old ruined building, with a fun collection of plants and trees. The food was great, and the staff was fabulous. During our meal at one point my wife literally screamed and grabbed the arms of her chair – immediately next to her leg on the floor of the open air restaurant was a tortoise, slowly rubbing up against her leg as it passed. The waiter laughed hard, and began making jokes with us in English. He then gave us a map and some advice on places to visit. It was a great experience. 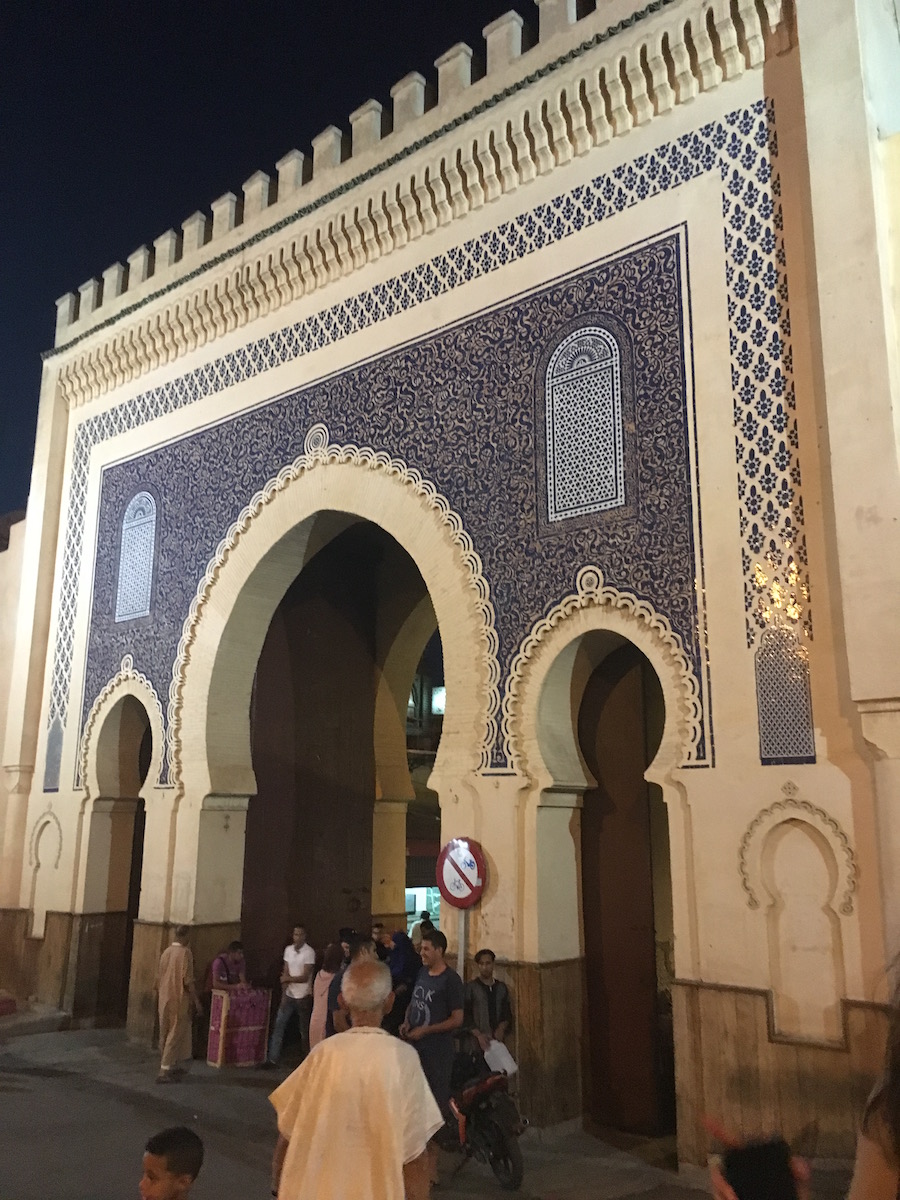 As we both wanted to explore a bit more, we decided we would head out from the restaurant going the opposite direction from where our taxi dropped us off. This was not a good idea. With Ramadan being on most shops were closed (or the employees were simply sleeping in the street in front of their shops, in some cases) and we realized we should probably exit the market. This turned out to be a challenge. With no visibility beyond the next curved alley way, it was almost impossible to get our bearings. I kept telling myself “around the next bend we will see an exit to a main road and be able to wave down a taxi”, but with each turn there was no sign of a way out. And the sun was getting low. At that moment, I decided to follow an instinct I have used in the past when hiking: pay attention to the elevation, and follow the topography down hill. Eventually this will lead to the kind of thing you find at the bottom of a hill, I thought, whether it be running water (Which needs an exit from a market too), a parking lot, or some other entry/exit point. Was this a good idea? I still don’t know, but it allowed us some basic orientation and gave us a general direction: down. As it turned out, we were able to exit the market using this plan, after about 30 minutes of walking. The downside was that we had no idea where we were when we exited, and every taxi driver refused to take us to the place we thought we were going. When most taxi drivers speak Moroccan arabic, apparently, and the only maps you have are written in English (I later learned almost 35% of the population is illiterate), communicating where you need to go can be a challenge. So, we walked, and we walked, and we walked some more. The sun was setting at this point, the locals were getting ready to break fast, and it was a balmy 95 degrees Fahrenheit. We were finally able to figure out, with the help of a taxi driver who refused to drive us where we needed to go, that we were very far from our Riad, but we THOUGHT we knew how to get back based on one of our maps. The problem was, it meant we had to go BACK through the maze of now darkening markets on foot.

We slowly began walking up hill, trying to discern which foot path was the one our map showed, and going back and forth about what we would do if we could not find it. It was in that moment that a man in a white button down shirt (pictured), carrying a clear plastic bag with fruit and bread (without a doubt on his way to break fast with his family) approached us, and in English asked “do you need help getting somewhere?” That was one of a handful of moments I had while in Morocco which required unique pause – a moment that when I was younger I couldn’t have fully appreciated. There is something about learning the boundaries of one’s intuition – and how to push them further out, which has become uniquely important to me in recent years.

When I was younger, the excitement and adventure of novelty, whether meeting new people or ending up in a new place, was so blinding that in moments of disorientation or concern, it could be hard to discern the truth of a given situation (I got scammed in a taxi cab once in Saigon for this very reason). But recently I have been trying to learn to look beyond what I see in such (often blinding) adrenalized moments, and instead, discern the posture of those I am engaging. 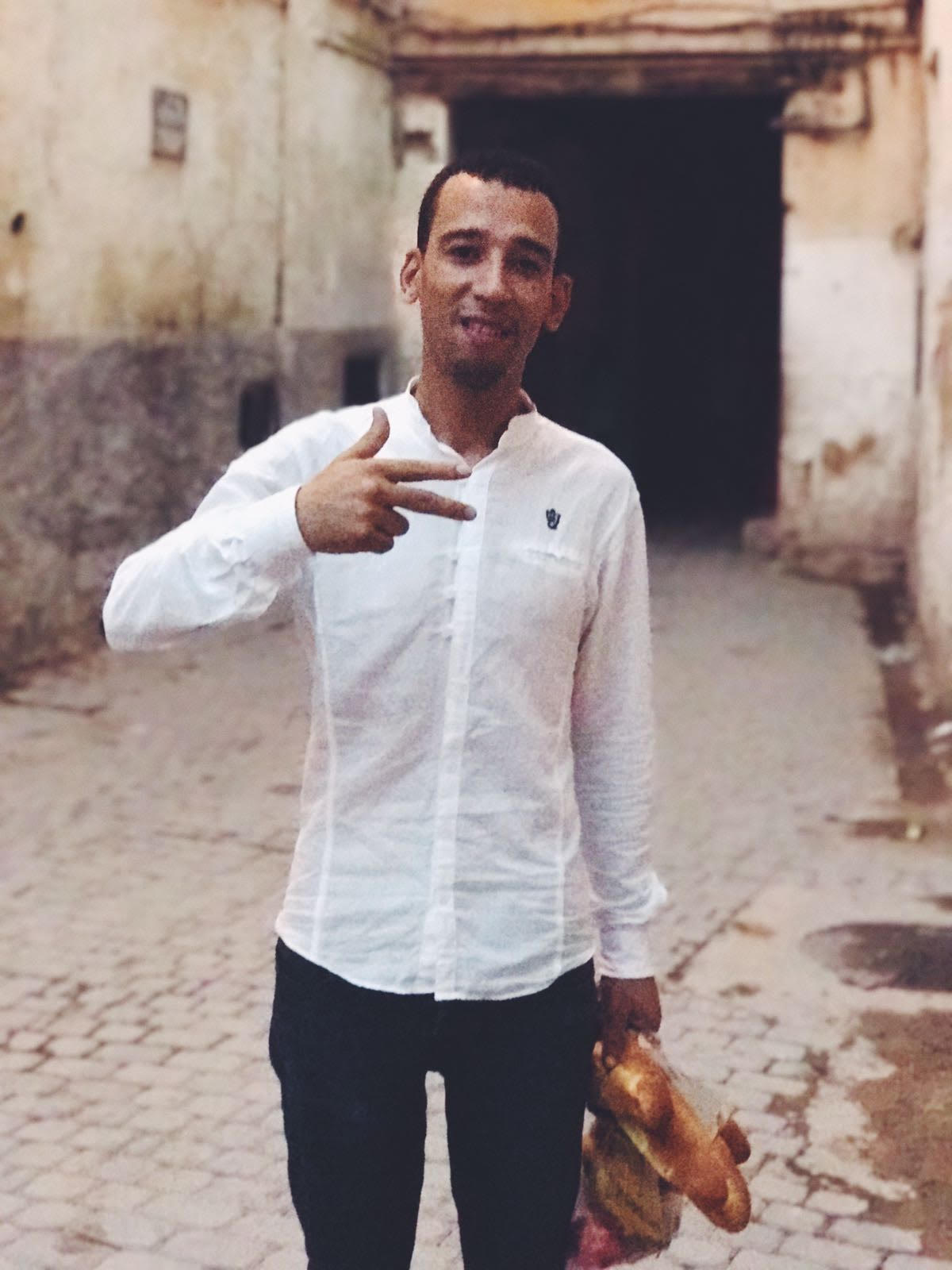 “Yes, we are trying to figure out how to get to our Riad”, I said. “What is it called?” he asked. “Riad-Boutique” I told him, showing him its approximate location on the map. “I know how to get there, you can follow me”. At this point, after a brief moment of discernment, I got the gut level “all clear” and we followed him back through the market, speaking with him when we could keep up. His name was Mohammed. Everyone was in a hurry to get home and eat with their families and he was no exception. During the 25 minutes or so that he lead us through the Fez medina, we learned that he worked in a hostel. As it turned out, he did not know exactly where our hostel was, but he was able to get us close and then asked each passer by until he found one that knew of our Riad. He walked us right to our front door. At that point, we thanked him and we asked him to take a photo with us. As far as we were concerned, he was an angel. He helped us stay safe and find our way home. He served us without asking for payment, and he was most certainly late to see his loved ones at the end of a long, hot day of fasting during Ramadan because he helped us. I have people in my life, friends even, that share many more things with me in common than Mohammed, including my Christian faith. Some of these people I have known for years and yet they have never helped me in such a fundamental way. Talk about someone sent by God.

There’s truly something to be said about putting yourself at the mercy of another. If you struggle in relationships, you might find that this is a nearly absent dynamic in your life, too. Indeed, it is rare as an upper middle class American to be in a situation where you MUST rely on the charitable mercy of another, and rarer yet as an upper middle class white American evangelical Christian. Surely our money and our connections of mutual benefit get us almost everything we need. Even when evangelical Christians offer a template for “ministry”, it is almost always focused upon what they do to others – a relationship of objectification ensues, with those we are reaching out to becoming objects and their benefit conditional on whether or not they accept our ministry. But this is absolutely backwards to what Jesus required of his disciples: he sent them out with nothing (no food, money, no extra clothing, etc), and asked them to first subject themselves to the mercy and aid of others, and this as part of the ministry they were called to.

It’s in moments like these that I have begun to understand why this is important: it clears the slate, it establishes YOUR NEED, thereby humbling you. This is instead of ministry being established on the assumed need of someone else that you may, from a position of superior knowledge and superior resource, fill. The posture Jesus directed his disciples to start from was anything but one of superiority.

Throughout the years I have seen and heard people, some of which I know personally, make uninformed and hateful statements regarding Islam and people of Muslim faith. These statements have often been made by Christians that are close to me, and they often involve shallow theological grappling which is almost always syncretized with a blatant cultural bias. I have endeavored to challenge these statements, when I can, often by simply asking “do you have a single Muslim friend”? I have yet to have someone answer in the affirmative when I confront them with this question. I think there is a solution, though, for such bigotry, it’s just not a comfortable one: We all need to get lost (especially those who feel “called to the lost”), and let those we have stigmatized guide us home.